Marine educators who share the IPMEN vision and goal were invited to the IPMEN 2014 conference in Japan. The week-long conference began in Tokyo and then moved to Iwate, the area devastated by the March 11, 2011, tsunami.

“Bringing hope and pride to the devastated area is an important aspect of the conference,” notes the conference host Tsuyoshi Tsuyosaki of the Tokyo University Marine Science and Technology (TUMSAT). “The people have been encouraged to rebuild their homeland through their traditional resilience, but they are faced with depopulation and a declining fisheries industry. They want to enhance their devastated homeland but are at a lost as to how to do this. Through networking with the local integrated coastal management system that includes not only fishermen and industry but also housewives and school children, it is hoped that the IPMEN delegates will be able to help with this local agenda while furthering IPMEN’s overall vision and mission.” 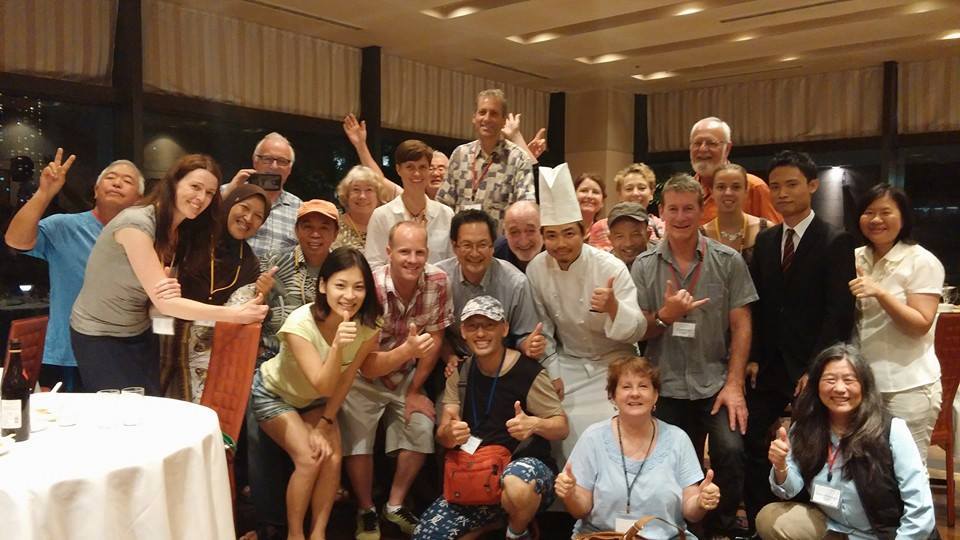 Handout for Field Trip to Morioka and the Nakatsu River