This is a most regrettable outcome because it was 20 years ago that the concept of developing an international marine education network centred on the Pacific was first discussed at the NMEA 2000 conference in Long Beach, California. That initial discussion resulted in Australian and USA based marine educators collaborating to deliver the One Ocean Marine Forum (OOMF) in association with the NMEA 2005 conference in Hawai’i. OOMF resulted in a second international meeting in Hawai’i in 2007. It was at this second meeting, which was conceived, organised and hosted by the Western Pacific Regional Fishery Management Council, that IPMEN was formed.

The news is, hopefully, not all bad as the IPMEN 2021 conference committee is now actively planning a Pacific-wide web-based event in October 2021. This web-based event will be based on the original concept for IPMEN 2021 (see below) so please stay tuned for updates. 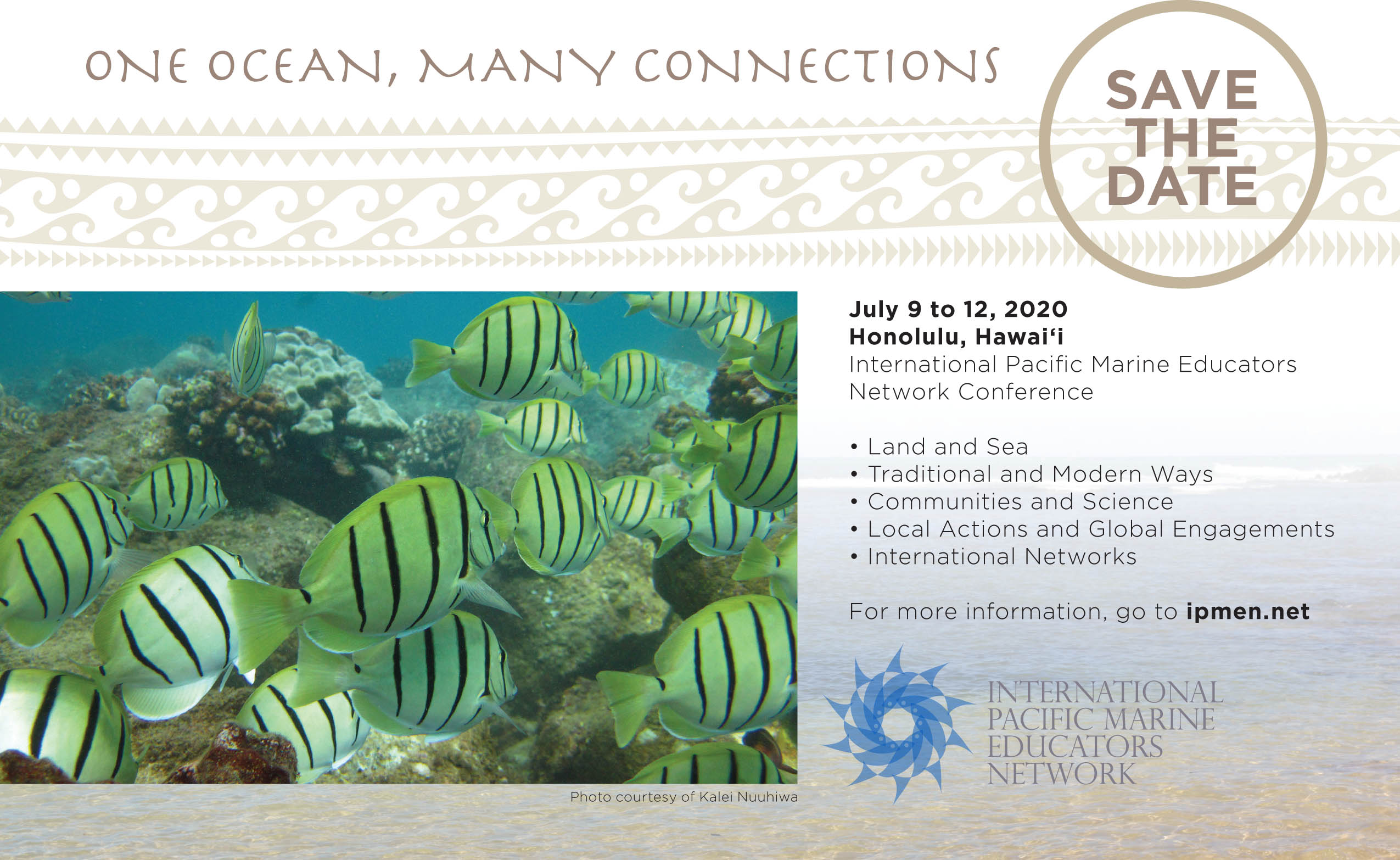