The International Pacific Marine Educators Network (IPMEN) is a developing collective of marine educators and scientists throughout the Pacific. The idea for this group began as one of the outcomes of a two-day meeting, called the One Ocean Marine Forum (OOMF) on the Hawaiian island of Maui in July 2005. The aim of OOMF was to create a global network of marine educators to share knowledge, expertise and resources to solve ocean related environmental issues. At that 2005 meeting in Hawaii it was decided to further the OOMF goal by first forming a network of Pacific marine educators and scientists as a pilot.

In 2007 the International Pacific Marine Educators Conference (IPMEC) was held  in Honolulu, Hawai’i. The main aim of IPMEC was to create this Pacific network. It brought together 100 educators, scientists and community leaders from 18 Pacific nations and territories and resulted in the formation of the International Pacific Marine Educators Network (IPMEN). Since that time IPMEN delegates have come together every two years at various locations around the Pacific:

Frequently Asked Questions about this change 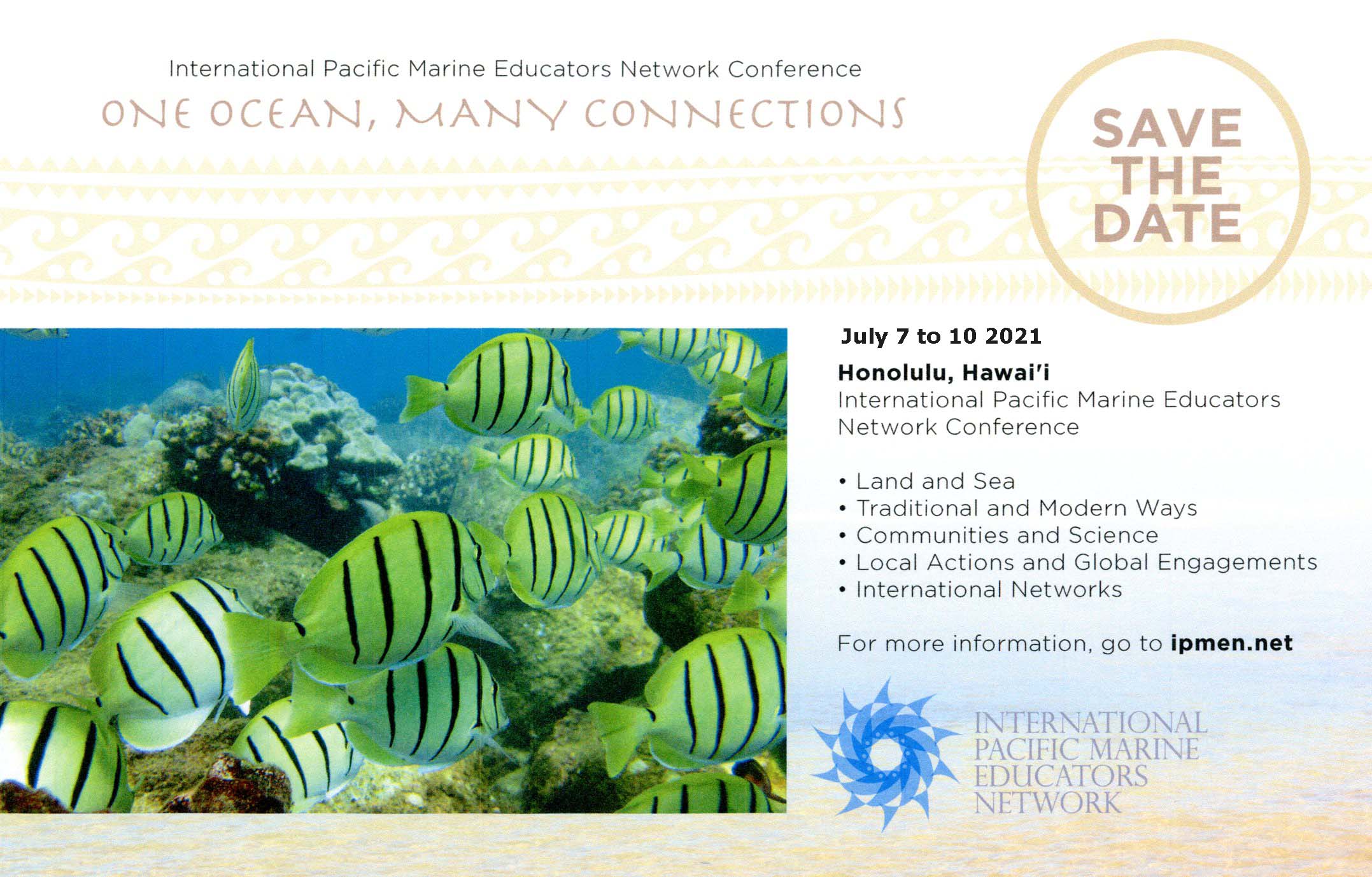